Anyone eager to start climbing Chugach peaks will quickly find their eyes on South Suicide. South Suicide is visible from many parts of Anchorage and down Turnagain Arm, and it’s accessible from multiple Chugach trailheads. From Rabbit Lake it has an elegant appearance, rising 2,000 vertical feet to a symmetrical summit shaped like the top of a church window. In the evening the sun lights up its western faces, casting its crags and cliffs in warm relief. 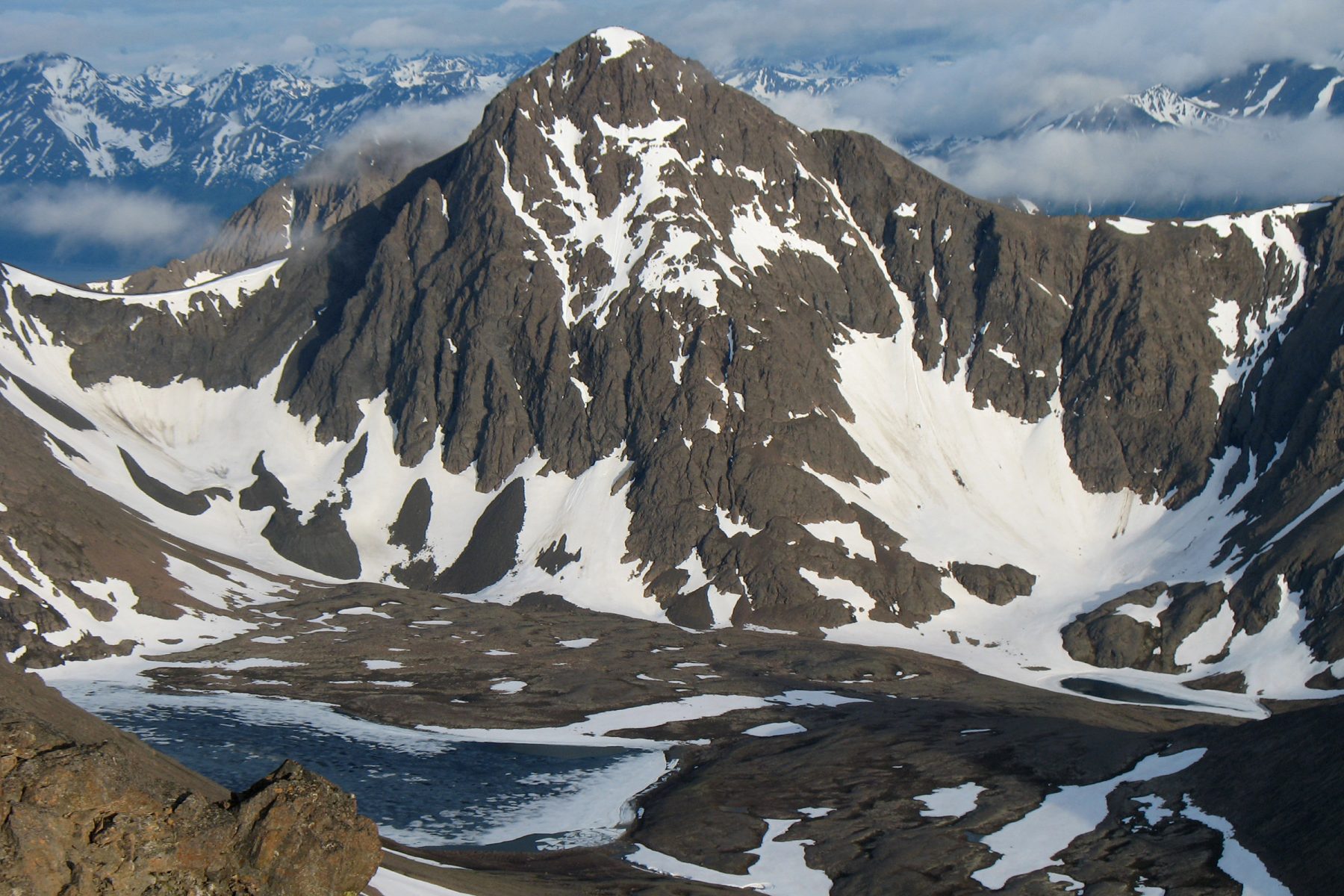 There are a number of routes up South Suicide, which range in difficulty from Class 2 to Class 3. These routes can be linked together to create loops or through-hikes between several Chugach State Park trailheads. South Suicide can be tackled as a midsummer after-work hike by fast hikers, but most first-timers should consider it a full-day project.

Map of South Suicide Peak. This map shows some of the major approaches, though many variations on these marked routes are possible.

Some less-common approaches include hiking the peak from North Suicide via Windy Gap, or by traversing the entire long Class 2 west ridge from the summit of Rainbow Peak. These would likely be part of mini-epics during which South Suicide is just one objective, though, so they’re a little beyond the scope of this post.

The most well-known route up South Suicide starts near Rabbit Lake and climbs Hauser’s Gully on the peak’s NE face. Hauser’s is a steep, chossy Class 3 chute with a large fan of scree at the bottom. Though it has the advantage of being direct and obvious, it’s the most difficult nontechnical route up the peak. If you’re scrambling in Hauser’s with multiple people, take care not to kick rocks down onto one another. Snow persists on the lower reaches of Hauser’s and down into the bowl into midsummer and can make for a fun glissade on the way down, provided you stay in control.

The Falls Creek route is the easist from a technical standpoint, and is the one described by Shepherd and Wozniak in “50 Hikes.” Start at the Falls Creek Trailhead on the side of Turnagain Arm and climb 2.7 miles up the steep but manageable Falls Creek Trail. Just before the trail reaches the small tarn between South Suicide and Indianhouse, climb up into the large bowl and gain the crest of South Suicide’s SW or SE ridges. The SW ridge might be slightly easier to climb and snow melts off of its south face earlier in the year, so that’s where I’ve drawn the route on my map. The SW and SE ridges join at about 4,600 vertical feet, and the pleasant Class 2 south ridge continues a quarter-mile to the summit. 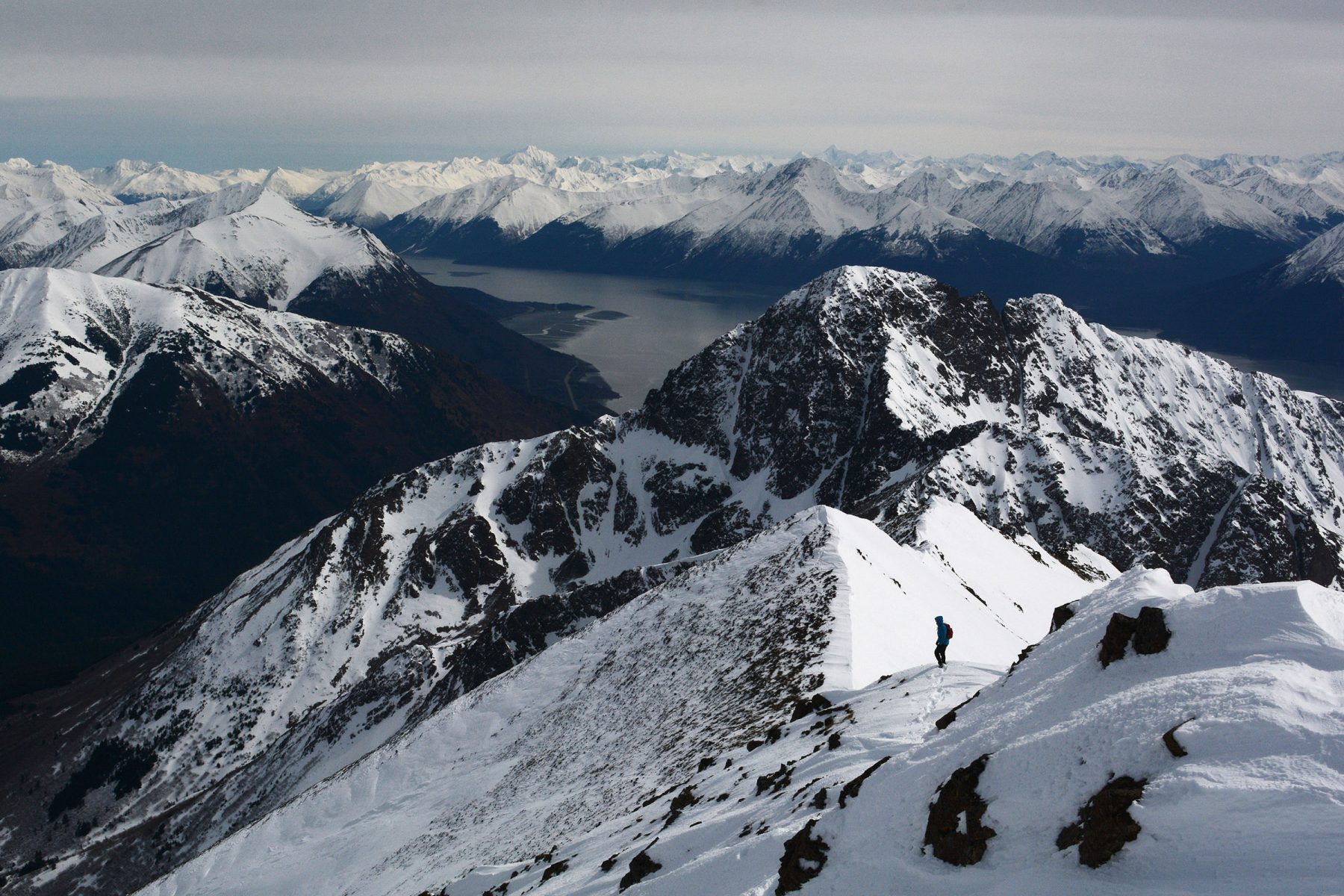 I like west ridge route because the approach on the Rabbit Lake Trail is fast and passes under South Suicide’s dramatic northwest face. The West Ridge Route can also be tackled via the McHugh Trailhead, but this requires much more elevation gain and time.

To access to the West Ridge, hike up the Rabbit Lake Trail to the edge of Rabbit Lake, and then walk south across the open tundra toward McHugh Lake. Hop across the outlet of McHugh Lake and choose any appealing route up the steep tundra slopes toward Point 4235.

Once you’ve made the west ridge, hike east along its crest, dropping off one side or the other to avoid small crags or to follow sheep trails. There are a couple spots where you may want to scout around a little bit to find the easiest route.

The final climb to the summit can look intimidating, but it’s only a third of a mile long and remains solidly in Class 2 territory. There is almost a trail here. A patch of sun-pockmarked snow (inevitably with steps kicked into it) often remains on the summit far into summer. At 5,005 feet, South Suicide is the tallest peak adjacent to Tunagain Arm, and one of the tallest peaks in the southwest corner of Chugach State Park. It has a completely unobstructed view of Anchorage and Cook Inlet, and if the sun is out, South Suicide will be basking in it. 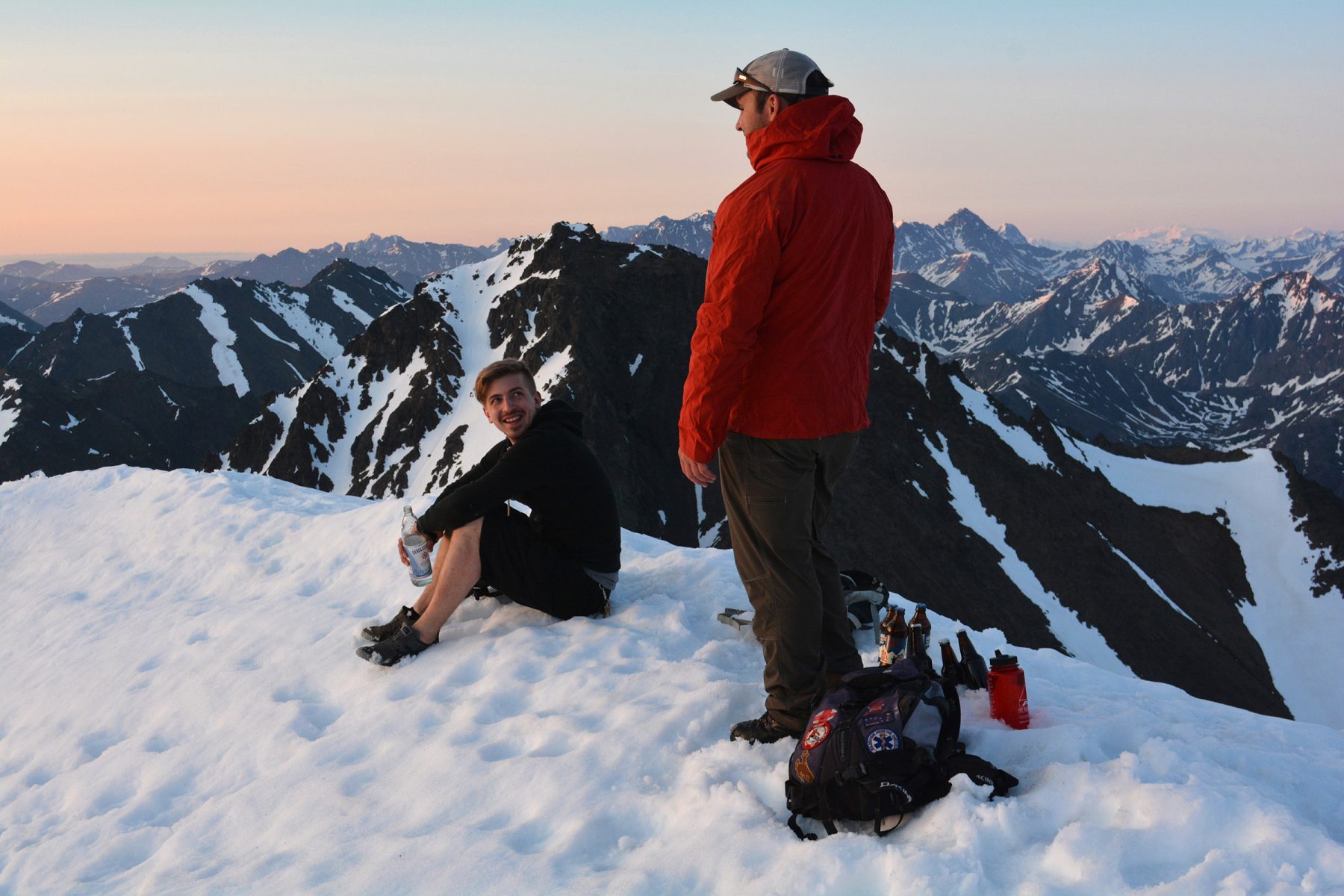 South Suicide sees some visitors during winter, though there is potential avalanche danger on all of the standard approaches. High winds down Turnagain Arm often blow the snow off of the crests of the south and west ridges, though a great deal of snow can accumulate in the bowls and on the faces surrounding the peak and truly enormous cornices form on the north ridge. Under normal winter conditions there are probably no nontechnical routes up the peak, though the west ridge and south ridge routs can be snow-free by early May. Snow (and avalanche danger, particularly from cornice breaks) can persist in Hauser’s Gully till mid-spring. 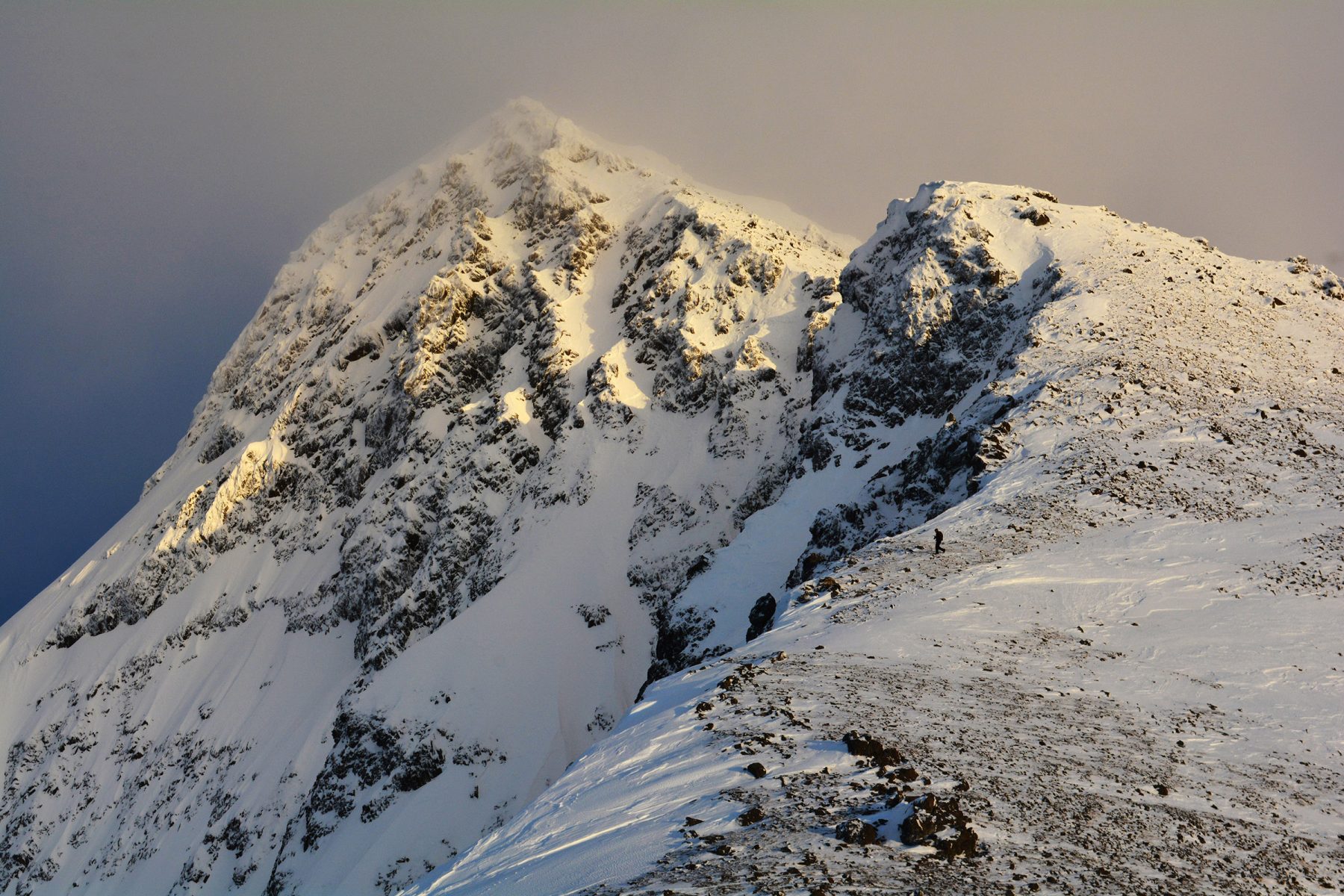 The summit ridge of South Suicide Peak in midwinter. This photo was taken during a historically low snow year when there was no avalanche danger on the West Ridge NE Approach.